Disruptive innovation, originally coined by Harvard Business School’s Clayton Christensen, refers to the process in which a product or service creates a new market and displaces established competitors. It’s a phenomenon that has been helped along by technological advancements like the mobile phone—Lyft, for example, couldn’t be possible without it. It’s required the observation of friction in the consumer experience or the identification of an unmet need in the market—just think about how Netflix made Blockbuster obsolete.

And now, thanks to the low barrier to entry for entrepreneurs, making it feasible for anyone with a laptop to launch a startup, it’s becoming easier and easier to do—resulting in more and more ideas entering the market. But there’s no guarantee when it comes to the quality of these ideas. As Aarron Walter, VP of R&D at MailChimp, says, “Great is still really hard to come by.”

Design Disruptors, a new documentary from InVision, explores a world in which innovative companies are disrupting billion-dollar industries through the power of design, revealing insights from leading designers who ultimately strive to answer one crucial question: How do you design a great product?

There are plenty of friction points in the average consumer’s transportation experience. Taxis were invented to make it easier to get around, but companies like Uber and Lyft recognized an opportunity for greater innovation: “There’s a huge amount of inefficiencies in how people are moving about their cities,” explains Frank Yoo, Director of Product Design at Lyft. “People are driving around by themselves, the majority of their seats unoccupied, and driving cars that for the most part sit unused.” Uber and Lyft addressed problems that the taxi industry didn’t, problems like figuring out what tip to give at the end of the ride and not knowing when a car would be available. Says Mike Davidson, VP of Design at Twitter: “By solving all of those customer service and user experience problems, modern day car services are making taxis look like a human problem that needs to be solved.”

When Dropbox started, there were already several file storage solutions in the market, but none were quite as simple, quite as intuitive, quite as obvious. “Obvious is not something that is easy to come by,” says Tony Devincenzi, Head of Product Design at Dropbox. “ Obvious is the result of a process and the result of a lot of iteration in the design process to get to a place where something just works.” Part of this process for Dropbox was understanding that there was already a file storage model that consumers were familiar with: folders. So, says Devincenzi, “If we want to then put something into the cloud, why not just do it via by putting it into a folder that is automatically synced to the cloud? Why learn a whole new way of putting something in a place?” By using a simple, familiar design, Dropbox ensured that its users could easily navigate its product—and trust that their files would be in the right place.

It’s the same reason why Lyft’s app shows cars on a map: “You can innovate and try to things that are pretty out there but at the end of the day you kind of have to come back to things that are also familiar and help build that sense of confidence and trust,” says Yoo.

3. Think about the user journey.

In his early days at the MailChimp, the company’s VP of R&D, Aarron Walter, was focused on trying to imbue the app with personality. There was one page in particular that was important to him, and it was the stage users reached after they’ve gotten through the stressful task of sending a mass email. Says Walter, “It just feels like, ‘I need a beer.’ It’s done, it feels celebratory.” He wanted to acknowledge that, so he wrote: “High fives, your email is on its way,” accompanied by a drawing of the company’s resident chimp Freddie giving a high-five. It was a simple thing that ended up really resonating with users and creating a huge response online. Walter credits this with “being aware of the emotional context of that situation.” He explains, “If it came too early, when you’re in that stressful workflow, it becomes a hinderance, but afterwards, when you do feel triumphant, that’s when it really works.”

Designing with context isn’t just about considering the user’s journey within the product—it’s also about considering how the product itself fits into people’s lives. Jenny Arden, a user experience designer at Google, gives an example: “You can have a beautiful Fitbit…but it needs to fit within my entire health system for it to be something I love and something I really want to use every single day.” It’s about thinking holistically: “How does [the design] fit into a grander system of the user’s relationship with technology?”

4. Have empathy for your users.

In the early days of Facebook, when its user base was primarily composed of college students, its employees were essentially just designing a product that they wanted to use. But now, with more than two billion users all over the world, that’s no longer possible. Says Facebook’s VP of Product Design, Julie Zhuo, “There is no such thing as an average user at Facebook anymore.” The more users your product has, the less your users are anything like you. You need to get in the head of those users in order to design the right product.

As one step toward better understanding the product from the user’s point of view, Facebook started 2G Tuesdays, an event that encourages employees to experience how the product feels to someone living in India without access to great data connectivity. Says Zhuo, “It’s painful, and it helps us understand where the shortcomings of our product are for people in these markets who aren’t using the latest and greatest devices with the fastest WiFi.”

Empathy for the people who use your product is absolutely essential. As Mia Blume, Product Design Manager at Pinterest, reminds us: “You’re creating it for them—not for you, for them. So if you don’t understand their context, their needs, their perceptions, how they think about things, how they feel when they use your product, what are you designing? What are you making?”

Says Tobias Van Schneider, Lead Product Designer at Spotify, “With digital design, you have a loop that you can close.” A product update is pushed live, users react in some way, and designers receive data instantly. And because there’s this constant flow of feedback from users, designers have a responsibility to look at it, learn from it, and use it to improve the product.Your users will evolve, and your product design should evolve with them.

“You can really treat the product as a living organism.” — Randy Hunt, VP Design, Etsy

When we design products, we’re just making our best guess about the best solution to a human problem. “So often we’re wrong about the guesses that we make about how human beings are going to use our product,” explains Mike Davidson, VP of Design at Twitter. “And so oftentimes it’s a waste to spend six to twelve months designing a product before getting it even to prototype stage and in front of human beings and user research.”

The fix to this is rapid prototyping—getting your product in front of users as quickly as possible. “We have to prototype everything,” says Jeff Zwerner, VP of Design at Evernote. “We have to push it until it breaks or until we find our weakness. The best products have [been] incessantly tested and prototyped…to the point where they’ve eliminated any risk from the equation.”

“Usually the first idea you come up with isn’t the right idea.” — Daniel Burka, Design Partner at Google Ventures

7. Pay attention to the world around you.

“We’re currently in a market where anyone can create the next big thing,” says Tom Censani, Director of Product Design at Eventbrite. But we must first open our eyes to our surroundings and be able to notice available opportunities.

Great products require an understanding of the world, how it’s changing, and how it’s responding to new technologies. “We just get used to stuff,” explains Braden Kowitz, Design Partner at Google Ventures. “We get used to the thermostat on our wall being shitty. We get used to it being hard to get around our city. It takes a special kind of business and a special kind of designer to keep pushing at those things so we’ll know when something has subtly changed about our environment and a new thing is possible.”

“Looking outward is the best thing designers and anyone involved in product development can do.” — Margaret Lee, Director of User Experience Design, Google

Since 2014, the Wall Street Journal and Dow Jones VentureSource have been tracking venture-backed private companies valued at $1 billion or more. Among those in the “one billion startup club” are Airbnb ($31 billion), Dropbox ($10 billion), and Stripe ($9.2 billion). And what do so many of these one billion club members have in common? They put design first.

The world’s leading companies have design embedded at their core. Design is today’s competitive advantage. Design is what makes your product great. 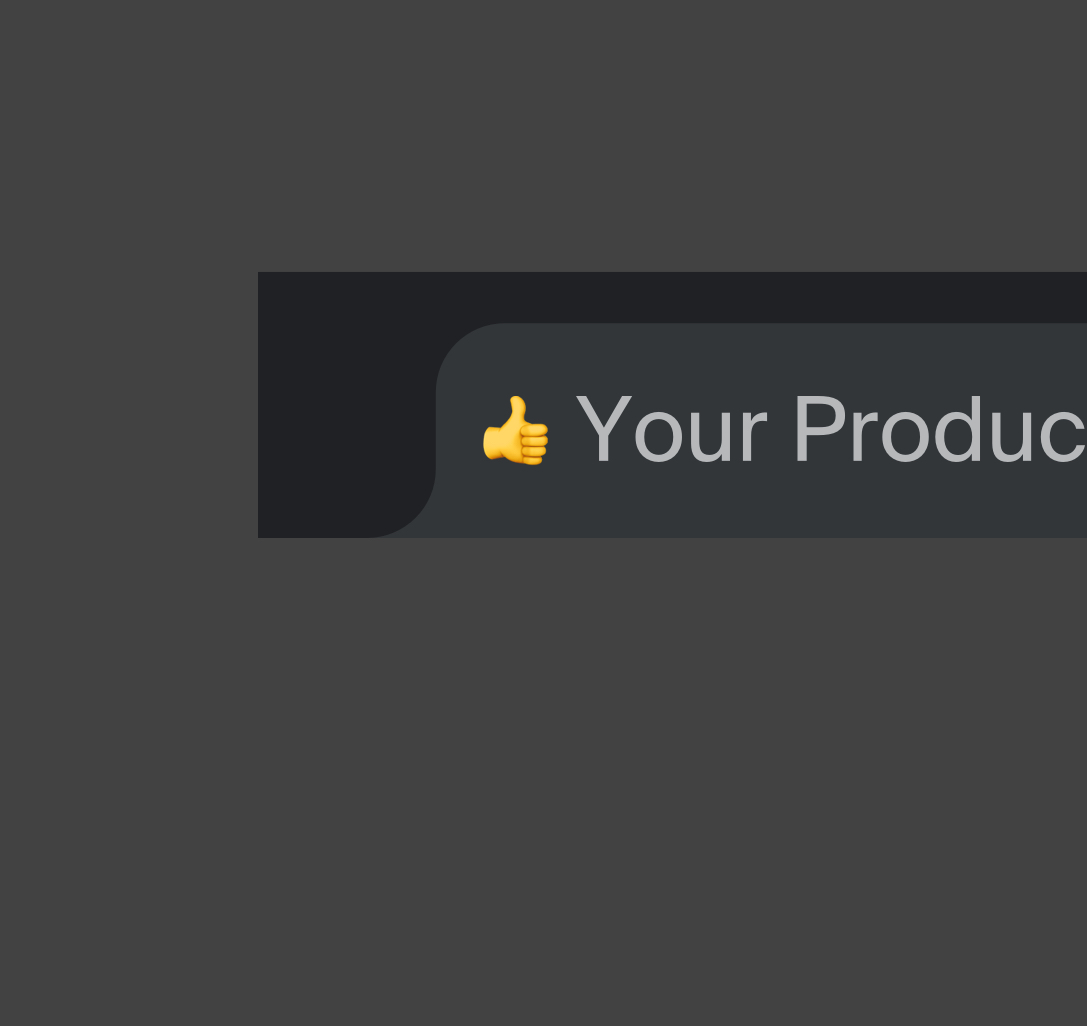